In 2017, Two Sides North America is redoubling its commitment to holding companies to accurate and verifiable claims regarding the environmental footprint or “greenness” of paper-based versus electronic communications.  As you know, we’ve already had tremendous success by working with leading Fortune 100 corporations to remove or change misleading anti-paper marketing messages, and avoid greenwashing consumers.

As part of our renewed commitment we’re going to start highlighting the “Top Five Greenwashers” in this blog space.  The companies featured have received at least two letters from Two Sides and have either not responded, or refused to address our concerns.  Our letters detail which of the company’s claims may be misleading, providing extensive independent sourcing and substantiation for our case, and inviting the company to make necessary changes.

American Water is a major utility that bills itself as “the largest and most geographically diverse, publicly traded U.S. water and wastewater utility company” in the country.

In March 2016 we sent American Water a first letter with our requests for modifying their message (see screenshots below).  We asked that the company focus its messaging on the convenience and practicality of online transactions rather than vague and unsubstantiated environmental benefits that can mislead consumers and fall short of the Green Guides published by the U.S. Federal Trade Commission. 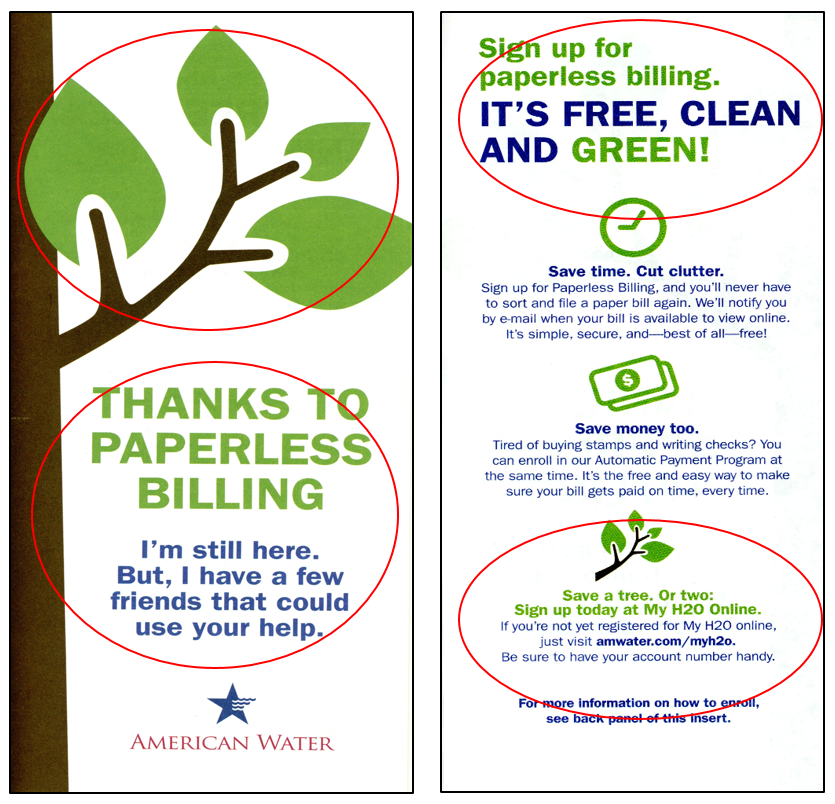 Remove all references to “going green” and “saving trees”.

Modify the message to refer to e-billing or online statements instead of “paperless”.

After two letters and over 6 months of silence, there were some positive signs in November 2016: American water dropped several “save a tree” style claims from its materials, but some key issues remain. See below: 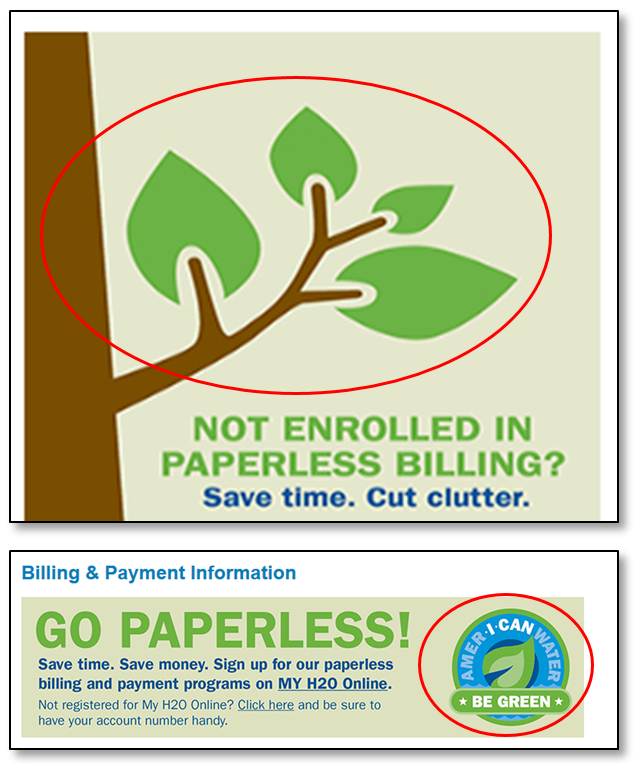 As the saying goes, a picture is worth a thousand words. Whether knowingly or not, images of trees and leaves can give consumers the impression of environmental benefits.  The main issue is that these images do not meet published ISO guidelines for environmental claims and should not be used unless claims are backed up by accurate, verifiable and specific facts related to American Water’s electronic and paper-based life cycle…and it appears these facts do not exist.

If companies want to make an empirical case about paper and sustainability, we welcome that discussion. Because we know that science, economics, and common sense shows that healthy markets for paper products lead to more trees planted and growing, not fewer.

But relying on misleading imagery and the mere suggestion of “sustainability” to help sell online billing does a disservice both to customers and to the public discourse on sustainable practices.

American Water went halfway toward correcting the record. We invite them to finish the job – please consider “e-billing, it’s convenient and practical”.

Here is an example of what we expect – factual claims that meet U.S. FTC and Canadian environmental marketing guidelines, and focus on the convenience and practicality of e-statements, rather than environmental benefits. 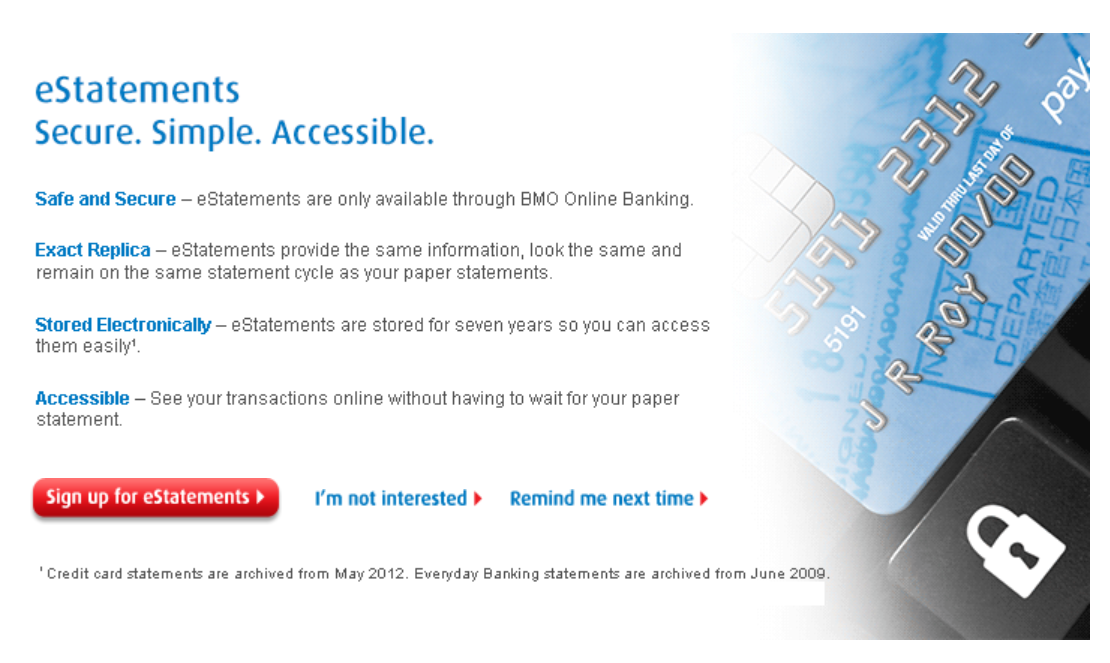