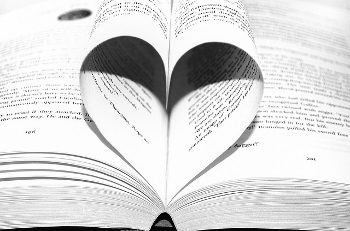 National Read a Book Day, observed every September 6th, invites us all to pick up a book. Immerse yourself in it or read it aloud to someone else. And why not?! Books are a fun and inexpensive entertainment. They reduce our stress levels and improve our memory and concentration.

Reading can also improve our critical thinking and comprehension and make us better writers – an important skill in these days of texting, tweeting and emailing. Reading aloud to a child benefits you both. Not only does it allow time for some cuddling on the couch, it also gives children a boost in their ability to learn to speak and read. Even picture books aimed at very young children use a language that is more challenging than that found in regular speech and exposes children to a linguistic complexity that stimulates their thinking.[1]

Children’s book buying is on the rise and, according to the American Bookseller’s Association, 2014 was the best year to date with sales of 226 million children’s books[2]. Today’s children’s book sales may be a good indicator of the future of the book industry in general.

Despite the influx of e-readers over the past ten years, e-book sales, which make up about 20% of the book-buying market in the U.S. did not increase during 2014-2015 according to the Pew Research Institute[3]. In 2015, 63% of American adults read at least one printed book, 27% read an e-book and 12% listened to an audio book. In Canada, e-books accounted for just 16.8% of total sales in 2016, a decline from 19% a year earlier while paperbacks made up 54.2% of purchases and hardcovers accounted for 23.9%.[4] According to a recent Nielsen survey, sales of printed books rose 7% in 2016 in the U.K with the increase in print sales attributed to children’s fiction and to younger generations preferring physical books to e-readers.

When U.S. adults are broken down into age groups, the results of the Pew Research Institute are perhaps the opposite of what we would expect. Young adults (aged 18 to 29) are more likely than their elders to have read a book in the past 12 months. In fact, 80% of young adults read a book, compared with 71% of those ages 30 to 49, 68% of those 50 to 64 and 69% of those 65 and older. And 69% of those young adults read a book in print! In fact, textbook makers, bookstore owners and college student surveys in the U.S. indicate that despite their consumption of all that is digital, millennials strongly prefer print for pleasure and learning.[5]

This enjoyment of printed books is reflected in the rebound of independent bookstores in the United States and since 2009, their numbers have increased by 27%. As the chief executive of the American Booksellers Association says “…nothing beats a physical, bricks-and-mortar store to discover books that you didn’t know about.”[6]

So pick up a book for National Read a Book Day, and why not take the pledge to read 15 Pages a Day while you're at it!