Couples Still Celebrate the First Year of Marriage with Paper

Couples Still Celebrate the First Year of Marriage with Paper 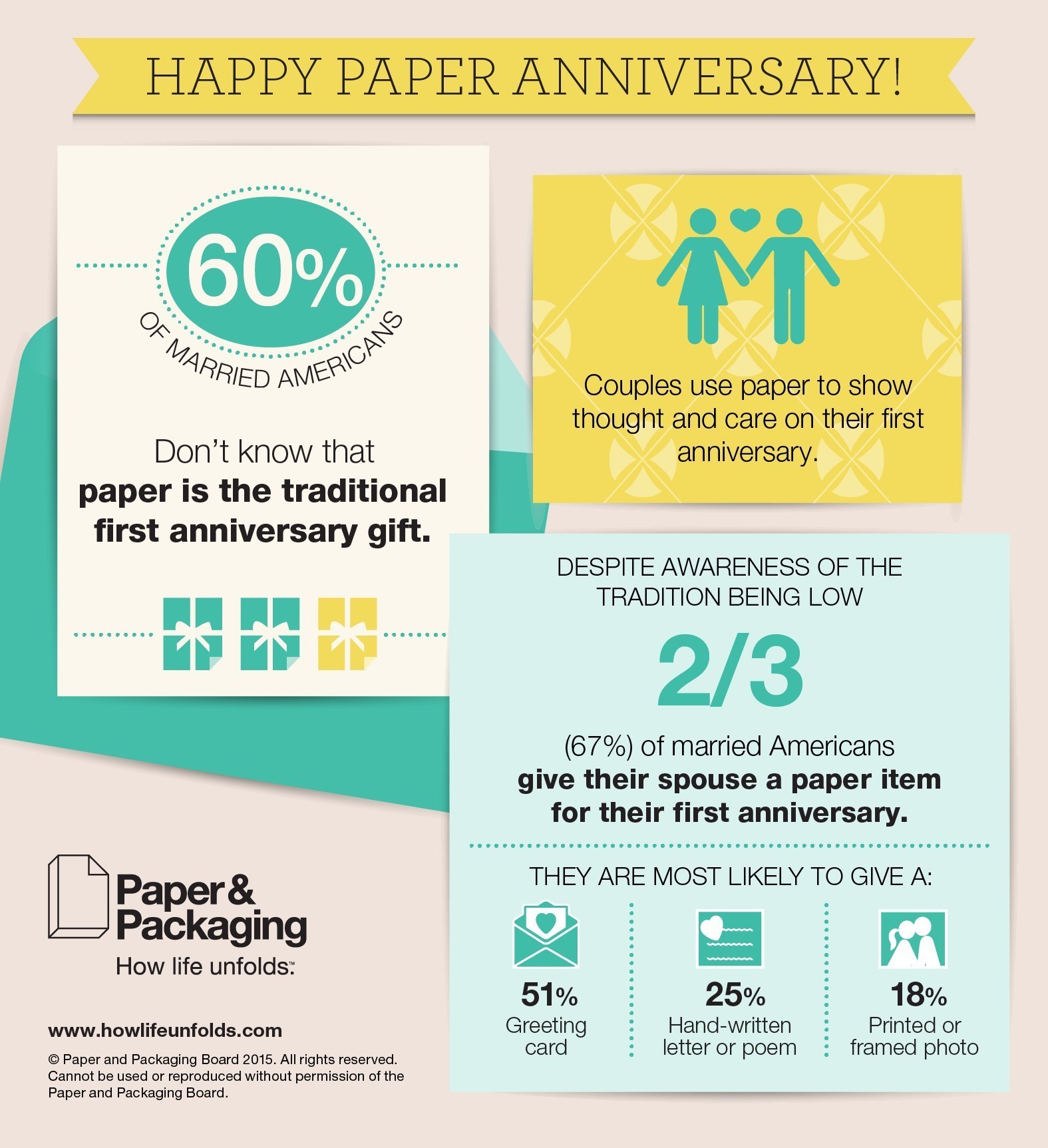 MCLEAN, Va., Oct. 13, 2015 /PRNewswire/ — It's been generations since Emily Post listed the "eight anniversaries known to all" in the Blue Book of Social Usage, but according to a new survey from the Paper and Packaging Board, couples are continuing to heed her advice 93 years later.

Couples are still celebrating the paper anniversary with paper.

Despite the fact that more than 60 percent of couples are unaware that paper is the traditional gift for the first wedding anniversary, two-thirds commemorate their first year of marriage with paper as an anniversary gift.

"From greeting cards to handwritten poems, newlyweds celebrate their first year together with sentimental paper gestures," said Joan Sahlgren, public relations director for the Paper and Packaging Board. "People may save the top tier of cake to freeze and eat on their anniversary, but why save cake when you can preserve more permanent paper-based memories like photos, love notes and guest books, or handwritten vows?"

A vast majority of couples remember their wedding day through tangible, printed photos. While 80 percent of couples say they have photos printed and framed, only 17 percent upload photos to an online album.

About
The Paper and Packaging Board establishes and guides promotions designed to slow the decline in paper use and expand demand for paper-based packaging products. Almost 60 U.S. manufacturers and importers of these products collectively fund the board's efforts including the "Paper & Packaging – How Life Unfolds™" campaign.