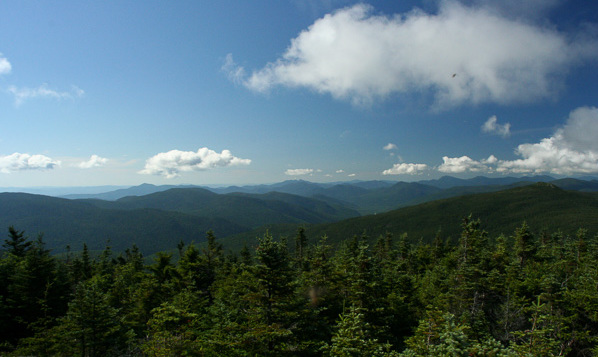 The North American pulp and paper industry has made great progress in reducing energy use and greenhouse gas emissions over the last decade and at the same time have increased their use of certified fiber and support for sustainable forest management.

In the U.S., AF&PA members represent the spectrum of paper and wood products manufacturing and work on an ongoing basis with government agencies, communities and other stakeholders to employ advanced sustainability practices, which benefit the economy, the environment and society.[1]

In 2016, the recovery rate for paper consumed in the U.S. reached a record 67.2% and is approaching the AF&PA goal of 70%. Since 2001, recycling rates in the U.S. have increased by about 20% due to voluntary efforts by the pulp and paper industry and the increasing number of Americans who recycle every day.

AP&PA member pulp and paper mills produce carbon-neutral biomass energy on site that, on average, provides about two-thirds of their energy needs. As a result, their purchased energy use per ton of production was 8.1% lower in 2014 than in the 2005 baseline year. By advancing their use of combined heat and power and reducing energy intensity in the industrial sector, they are significantly improving their energy efficiency.

In 2014, AF&PA member emissions of greenhouse gases (GHGs) passed their goal of a 15% reduction in carbon dioxide equivalents per ton of production and were 16% lower than in 2005.  This significant reduction in GHGs was due to better energy efﬁciency and the utilization of less carbon-intensive fuels as well as the fact that the raw material, wood, provides a carbon-neutral biomass. By 2020, members are aiming to reduce GHGs emitted by their facilities by 20% compared to 2005.

AF&PA members support forest certification to ensure sustainable forest growth and harvesting and sound management of environmental, social and economic factors in our forests and have increased the amount of fiber procured from certified forestlands to 29% from about 23% in 2005. They have also increased their use of certified fiber which is a key tool to promote the legal and responsible sourcing of forest products that do not come from certified forests. Given that about 90% of the world’s forests are still uncertified, this fiber sourcing certification is key to encouraging millions of family forest owners to sustainably maintain their forests as forests and ensures that mills and manufacturers do not use illegally logged sources. Fiber procured by AF&PA members through certiﬁed ﬁber sourcing programs increased to 98% in 2014.

Member mills have lowered their water use by 6.5% since 2005 thanks to ongoing technology and innovation which enable water to be reused and recycled 10 times, on average, throughout the pulp and paper mill process.

The Forests Products Association of Canada (FPAC)[2] reported that the Canadian forest industry’s substantial cut in fossil fuel use between 2000 and 2013 helped reduce direct emissions by 44% and total energy use by 29%. While some of this decline can be attributed to the contraction of the forest industry during the economic slowdown between 2005 and 2009, about 95% of its reduction in direct GHG emissions is due to reduced use of refined petroleum products and natural gas. Increased use of waste wood from 49 to 60% also contributed to lower emissions and the forest sector’s ability to generate its own electricity, largely from bioenergy, has reduced its reliance on fossil fuels. The industry is working toward maximizing the operations of its co-generation facilities which will lead to future GHG reductions.[3]

Due to climate change, ranges for many tree species in Canada are expected to shift northward over the next 50 years. Because tree species have a slow natural migration rate, it is unlikely that they will be able to keep up with the projected climate shifts and may no longer be suited to their environment. This could reduce forest health and productivity and have related impacts on forest biodiversity. Given that hundreds of thousands of hectares of forest are regenerated annually in Canada, assisted migration of commercial tree species, or the human-assisted movement of plants and seeds to new and more suitable locations, could represent a relatively low-risk and potentially effective approach to introducing a degree of climate change resilience into Canadian forests in the future.

The Canadian forest products industry has reduced water use by another 3% since 2010. Air pollutants have declined by 52% and water pollutants by 70% since 2005 and toxins such as PCBs and dioxins have been eliminated.[4]

The recycling rate in Canada improved between 2010 and 2012 by another 4%. Canada now has one of the highest recovery rates of waste paper and packaging in the world at 73%.[5]

The North American forest products industry continues to work towards lessening its environmental impact and improving the long term sustainability of our forests.