Ad of the day: Ikea hilariously pitches its 2015 catalogue as the coolest gadget ever

This article, written by Tim Nudd, originally appeared on the Adweek website. 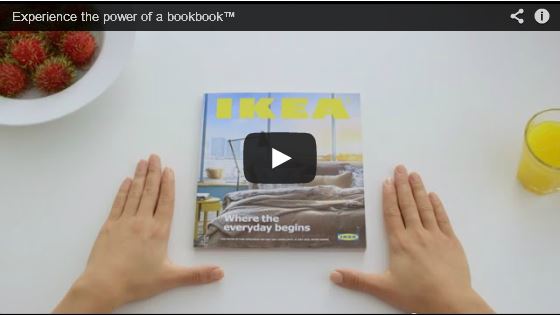 Is print really dying? Not according to Ikea, which has good reason to still believe in dead trees. After all, the company prints around 200 million copies of its catalog every year in 27 languages for 38 countries. That's more than twice the number of bibles produced in a given year.

But is a print catalog too low-fi for the high-tech age? Again, not according to Ikea, which just rolled out this amusing promo for the 2015 catalog, slyly suggesting that print is actually a wondrous technology that equals—nah, exceeds—the power of digital media.

The well-written campaign, by BBH Asia Pacific, invites you to "experience the power of a book" and rediscover "the original touch interface." Amazing features include "eternal battery life" and pages that "load instantly, with zero lag." As the charmingly goofy on-screen narrator says: "It's not a digital book, or an e-book. It's a bookbook™."

I'm sure the concept has been done before. But it's done well here. Click here to see the video.

The gag extends to the press release, in which BBH creative director Tinus Strydom raves: "To be given the opportunity to launch such an innovative content delivery system is a once in a career opportunity."

Adds regional Ikea marketing manager Yeong Tze Kuen: "Like we say in the campaign, at Ikea we feel that technology that is this life-enhancing should be in the hands of everyone. We invite you to download one from your mailbox. The one you open with a key. Or you can upload yourself to the Ikea store and find one there."

The campaign will run in Singapore and Malaysia using newspaper, outdoor, radio and cinema ads, and an animated microsite.