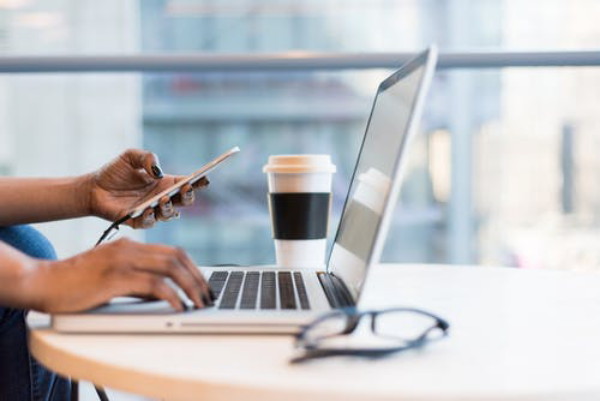 Many banks, utilities, telecoms and other service providers continue to encourage (and sometimes force) their customers to switch from paper to electronic communications, using claims that electronic communication is “greener,” “saves trees” or “protects the planet” as justification. One can only conclude that the CEOs of these companies are either 1) misinformed about the inherent sustainability of print and paper, the rapidly expanding environmental footprint of digital communication or both, 2) trusting marketing teams who don’t bother to validate environmental claims or 3) seeking to save costs by ignoring established environmental marketing rules from the U.S. FTC and Canadian Standards Association that say marketers “should not make broad, unqualified environmental benefit claims like “green” and that “claims should be clear, prominent and specific.”

There’s no arguing that the use of electronic devices has exploded over the last decade. According to a 2019 study by the Pew Research Center, the vast majority of Americans (81%) now own smartphones, up from just 35% in 2011.  Nearly three-quarters of U.S. adults now own desktop or laptop computers, and roughly half now own tablets and e-readers.  This boom has resulted in many advances that make our lives more efficient, productive and enjoyable. But it has also brought with it serious and increasing environmental, health and economic consequences.

According to the recently released Global E-waste Monitor (GEM) 2020, a record 53.6 million metric tons (Mt) of electronic waste was generated in 2019, up 21% in just five years. For perspective, last year’s e-waste weighed as much as 350 cruise ships the size of the Queen Mary 2, enough to form a line 76 miles long. The GEM describes e-waste as discarded products with a battery or plug. Small electronic equipment, screens and monitors, small IT and telecommunication equipment comprised more than half of global e-waste last year. The U.S. and Canada collectively generated 7.7 Mt of electronic waste in 2019. That’s 46 lbs. per person, and nearly three times the worldwide per capita generation of 16 lbs.

The report also predicts global e-waste, will reach 74 Mt by 2030, almost a doubling of e-waste in just 16 years. This makes e-waste the world’s fastest-growing waste stream, fueled by higher consumption rates of electric and electronic devices, short device life cycles and few options for repair.  Many people now see devices and appliances as ultimately disposable, simply discarding them when it’s time for an upgrade. Others may hold on to them, but are unable to find a cost-effective way to repair them.

The miniaturization of equipment and the “invisibility” of the infrastructures used leads many to underestimate the environmental footprint of digital technology. This phenomenon is reinforced by the widespread availability of services on the “cloud,” which makes the physical reality of use all the more imperceptible and leads to underestimating the direct environmental impacts of digital technology.

By 2023, global tech giant Cisco estimates that North America will have 345 million internet users (up from 328 million in 2018), and 5 billion networked devices/connections (up from 3 billion in 2018).  The U.S. Department of Energy reports that U.S. data centers consumed an estimated 70 billion kilowatt hours (kWh) in 2014, representing about 1.8% of total U.S. electricity consumption. Based on current trend estimates, U.S. data centers are projected to consume approximately 73 billion kWh in 2020. This energy consumption does not include the energy required to build, power or recharge the devices.

According to The Shift Project, a carbon transition think tank, the energy consumption required for digital technologies is increasing 9% each year and the share of digital technology in global greenhouse gas (GHG) emissions could double to 8% by 2025. The U.S. National Renewable Energy Laboratory analyzed 113 information technology companies in 2014 and found that only 14% of the energy consumed was from renewable sources.

Since its inception, Two Sides has been working to end corporate greenwashing of digital communication.  For more information about Two Sides’ Anti-greenwash Campaign, click here.

For more facts on electronic communication and other paper sustainability topics, click here.