Is it the axe for the Danish print tax?

Is it the axe for the Danish print tax?

Good news for the Danish industry which has been fighting off a punitive print 'enviro-tax'.

In a press release, (Danish language only), dated December 10, 2014, the Danish Minister of Taxation has announced that he is reconsidering the proposed 'print tax' which was originally passed by the Danish Parliament in December 2012 but then subject to EU ratification. The EU approved the tax in the summer of 2014 with adjustments and it had been planned to re-submit the bill in the Danish Parliament in January prior to putting into force mid-year.

The Danish printing industry supported by others, including the European printing association Intergraf who had written to the EU, has lobbied vigorously for this tax to be dropped emphasizing the likely job losses and other impacts on the Danish industry. In Denmark there has been intense discussion: 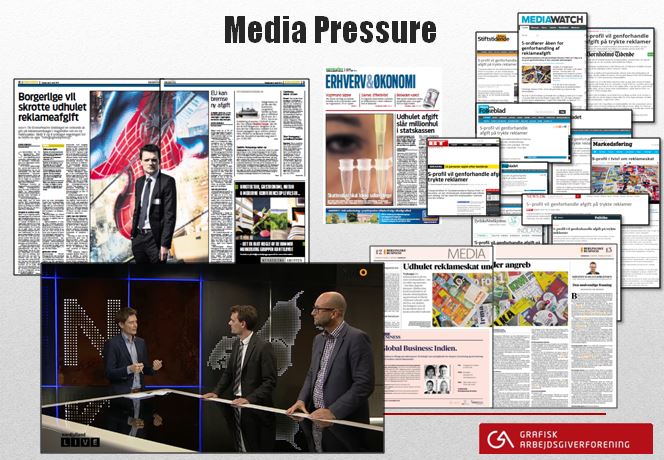 The proposed tax has been greeted with dismay and the outcome of the fight is being watched in many countries:

Denmark to tax print out of business

In reconsidering it's position and having listened to objections, the Government has discovered, from a tax-raising perspective, that the tax receipts will be less than estimated as mail volumes are smaller than forecast. According to Thomas Torp CEO of the Danish printing industry association, 'There will be no advertising tax in Denmark'.

The intention of the advertising tax, which was focussed on door distributed advertisements, was to reduce the amount of advertising and also, according to the bills supporters, reduce print's environmental impact.

So, a good result for industry but a wake up call to remind ourselves that the facts about the environmental friendliness of print and paper need to be constantly promoted to consumers, polititians and paper users everywhere.