NFL Coach Smashes Tablet and Goes Back to Paper

NFL Coach Smashes Tablet and Goes Back to Paper

We agree with Bill Belichick of the New England Patriots – Paper is an awesome product! 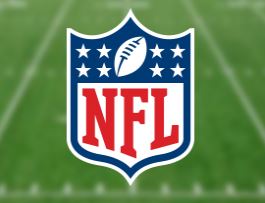 Back in 2014, Microsoft struck a deal to supply the NFL with Surface tablets as a coaching tool.  I am sure it has many benefits … but seeing the video of Bill Belichick throw down his Microsoft Surface tablet in frustration made my day!

I feel his pain and have often felt like doing the same with my laptop or smartphone on many occasions.

Bill’s reasons for chucking the tablet are no surprise – he said that the technology failed him and made his job harder because it was too undependable and inconsistent.  He is going back to simple, functional, renewable and recyclable PAPER!

I understand completely!  When given a choice the majority of people prefer paper over screens for many applications, for the same reasons Bill is switching – it’s simple, practical and more relaxing to use.  Our 2015 US consumer survey confirmed this:

Paper is also foolproof and does not require an IT infra-structure or audio-visual team!

Mike Maddux (pitching coach of the MLB Washington Nationals) also confirmed the benefits of paper in an interview with the Washington Post: “It’s a learning tool, man…you can see tendencies on hitters just by writing it down. Because if you write stuff down, you retain it better.”

These key points and more are listed in our Fact Sheet on learning and literacy, for example, studies comparing print vs. screens have found that print readers:

Basically, we have a stronger emotional connection with print and paper than screens, partly due to the touch and feel of the product.  This connection has been scientifically proven by neuroscience which shows a stronger brain response to printed materials compared to digital information.

That’s why print and paper play a key role in influencing decision making.

Hmmm … now that he is using paper perhaps Bill will be more successful at game strategy and calling plays – perhaps enough for another Super Bowl!