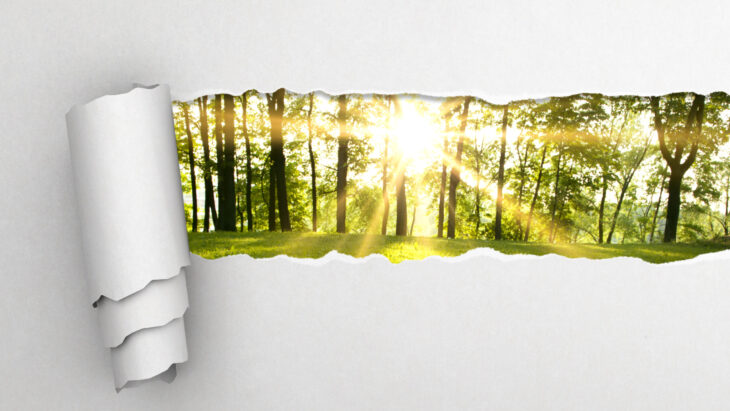 The UN Intergovernmental Panel on Climate Change (IPCC) recently released updated projections about the effects of human activity on our planet, warning that inaction to immediately address climate risk will yield dire consequences. The IPCC’s conclusions and recommendations will no doubt be the subject of continuing debate, but there are three things that most people agree on: the climate is warming, humans play a role, and we need to do something about it.

However, without broad-based public understanding of how the environment works, there is an unfortunate tendency to believe that all manufacturing industries and processes must be part of the problem, a misconception that some in the ENGO community and the news media are only too happy to exploit. They push the thoroughly unscientific narrative that paper contributes massive amounts of carbon dioxide (CO2) to the atmosphere, a byproduct of tree harvesting, manufacturing processes and paper waste. Far from mitigating climate change, it’s a narrative that could stifle an industry that is, in reality, a part of the solution.

Mitigating climate change demands a common-sense approach that is grounded in sound science, embraces proven strategies, and invests in driving continuous improvement. This approach, in a nutshell, is why the North America paper and paper-based packaging industry is a climate mitigation leader.

A look across the life cycle of paper shows that its carbon footprint can be divided into three basic elements: carbon sequestration, greenhouse gas emissions and avoided emissions. Each of these elements is influenced by important characteristics that distinguish paper from other products: it’s made from a renewable resource that stores carbon, it’s manufactured using mostly renewable, carbon neutral energy, and it’s easily recyclable.

Sustainable forest management, the cornerstone of the North American paper and paper-based packaging industry, helps increase the ability of forests to sequester carbon while also protecting and conserving other forest values like soil, air and water quality, wildlife habitat and biodiversity. An infinitely renewable resource, healthy forests sequester carbon by capturing CO2 from the atmosphere and transforming it into biomass through photosynthesis. The carbon stored in forests helps to offset releases of CO2 into the atmosphere from sources like the burning of fossil fuels and deforestation (the permanent loss of trees).

The U.S. Environmental Protection Agency (EPA) reports that sustainable forest management practices resulted in net carbon sequestration each year between 1990 and 2018. As reported in the agency’s Inventory of Greenhouse Gas (GHG) Emissions and Sinks, U.S. forests and wood products captured and stored roughly 12% of all carbon dioxide equivalent (CO2e) emissions in 2018. CO2e is a measure of the global warming potential of all GHGs compared to CO2. The Canadian government reports that forestlands captured and stored around 19% of the country’s total CO2e emissions in 2018.

Planting new trees and improving forest health through thinning and prescribed burning are some of the ways to increase the uptake of forest carbon in the long run. According to the U.S. Forest Service, the perpetual cycle of harvesting and regenerating forests can also result in net carbon sequestration in products made from wood and in new forest growth. In its 2020 Global Forest Resources Assessment, the U.N Food and Agriculture Organization reported that net forest area in the U.S. increased by approximately 18 million acres between 1990 and 2020, while net forest area in Canada remained stable at around 857 million acres during those same years.

These reductions are attributed to the predominant use of carbon-neutral, wood-based biofuel (which accounts on average for around 60% of energy generation at North American mills), the switch from coal and oil to less carbon intensive fuels such as natural gas, and investment in equipment and process enhancements that improved overall energy efficiency. Contrary to the claim that the North America paper and paper-based packaging industry is a major contributor to GHG emissions, EPA and NRCan data show that U.S. and Canadian producers account for only 0.5% of total GHGs in their respective countries. A continuing increase in the use of biomass energy at North American mills has the potential to reduce GHG emissions even further.

In other words, biomass contains carbon that was only recently removed from the atmosphere by photosynthesis, and that same carbon is returned to the atmosphere as part of the natural carbon cycle when it is burned to generate energy. This inherent property exists whether or not trees are regrown. Sustainable forest management practices help make sure that biofuel use does not outpace forest regrowth. The IPCC concludes that, “Regardless of how carbon neutrality is defined and calculated, the use of forest biomass produced under conditions where forest carbon stocks are stable or increasing always yields long-term mitigation benefits.”

When paper products are sent to landfills, they release GHGs as they decompose. When they are recycled, these GHG emissions are avoided. That’s a significant environmental benefit when you consider that around two-thirds of all paper and paper-based packaging is recovered for recycling in the U.S. and Canada, more than plastics, glass and metals combined. When you single out corrugated cardboard, the recovery rate jumps to nearly 90%. The US EPA reports that the amount of paper and paper-based packaging that was recycled instead of going to landfills lowered U.S. GHG emissions by 155 million metric tons of CO2e in 2018, an amount equivalent to taking over 33 million cars off the road for an entire year.

The North American paper industry continues to invest billions of dollars in technology to increase the types of paper products that can be recycled as well as infrastructure investments that expand recycling capacity. For example, U.S. producers have announced or planned $4.5 billion in manufacturing infrastructure investments by 2023, more than $2.5 million per day. The industry also is focused on “recyclable by design” innovations that help brands, retailers and other end users develop fully recyclable paper packaging by eliminating non-recyclable elements.

Paper producers’ commitment to sustainable forest management, the use of renewable, carbon neutral energy, and strong support and investment in recycling has transformed the circularity of paper products from vision to reality, and will help to drive further GHG emission reductions. 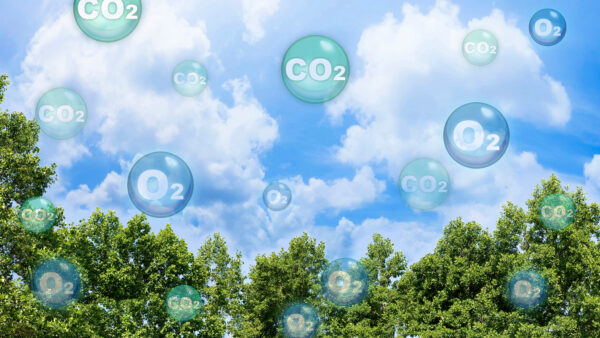 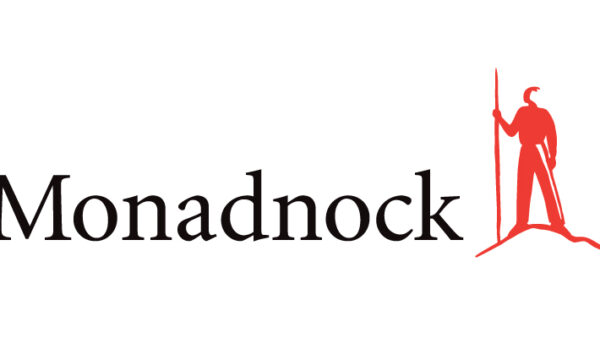