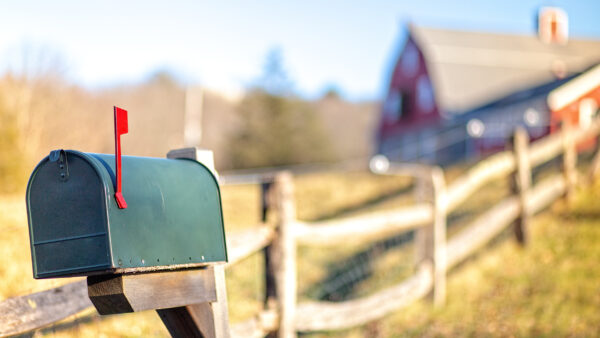 CHICAGO – July 20, 2021 –  In an attempt to reduce costs, many banks, utilities, telecoms and other service providers are switching consumers from paper to electronic bills and statements, often without their consent, and some are now charging fees to receive paper statements. Others are urging their customers to switch from paper to digital communication because “it’s better for the environment.” But a recent survey commissioned by Two Sides North America and conducted by international research firm Toluna found that consumers want the freedom to choose how they receive important communications from the companies they do business with, and they are wise to cost cutting efforts disguised as concern for the environment.

The Right to Choose

The Two Sides survey showed that 78% of U.S. consumers believe they should have the right to choose how they receive important communications from their service providers, on paper or electronically, and 67% believe they should not be charged more for choosing a paper bill or statement.

While using the internet can be a quick and convenient way to transact business, companies that default customers to electronic communication put at risk many Americans who do not have broadband access or have difficulty using the internet. Particularly at risk are people in rural areas, older people and those living with handicaps or on low incomes. According to a 2021 study by BroadbandNow, some 42 million Americans do not have broadband internet access.

Companies that force consumers to go paperless also face risks of their own. More than four in 10 consumers (41%) said they would consider switching to an alternate provider if their current one forced them to go paperless.

Digital Communication is Not Always Preferred

The survey showed that 64% of consumers are increasingly concerned that their personal information held electronically is at risk of being hacked, stolen, lost or damaged. Those over age 65 are most concerned (70%), but more than half of 18- to 24-year-olds (52%) have the same worry.

While internet use is practical and convenient for many, electronic communication also comes with undeniable challenges, including issues associated with overuse. The survey revealed that American consumers believe that “switching off” is more important than ever, with more than half (52%) saying they spend too much time on digital devices. The same percentage is concerned that the overuse of electronic devices could be damaging to their health, causing issues such as eye strain, headaches and sleep deprivation.

Which is Better, Print on Paper or Digital Communication?

“The simple answer is that both have important uses and benefits that consumers value,” says Two Sides North America President Kathi Rowzie. “The question should not be which one is better, but which is best suited for each individual’s needs. It’s vitally important that all consumers have the right to choose how they receive important communications from their service providers – free of charge – to assure that those who are unwilling or unable to access the internet are not disadvantaged.”

The Facts About Greenwashing

It has become commonplace for companies to encourage their customers to switch from paper to electronic bills and statements with claims that going paperless is “green” or “helps the environment.” These types of broad, unsubstantiated environmental claims, known as greenwashing, are not only misleading, but also are unacceptable under established environmental marketing standards such as the U.S. Federal Trade Commission’s (FTC) Green Guides and the International Organization for Standardization (ISO) 14021 standard.

“Statements like ‘Go Green, Go Paperless’ are not backed by sound science and fail to recognize the vast and growing negative environmental impacts of electronic communication,” Rowzie says. “These misleading claims may also damage consumers’ perceptions of paper and put at risk the livelihoods of more than 7 million people in the U.S. print, paper and mail sector.”

However, not all U.S. consumers are fooled by corporate greenwashing claims, and the use of such claims may distract from a company’s legitimate environmental initiatives and damage their corporate reputations. The survey showed that nearly six in 10 (57%) consumers said that when a service provider wants to switch them from paper to electronic communication saying it’s “better for the environment,” they know the company is really just trying to cut costs.

Two Sides North America (www.twosidesna.org) is an independent, non-profit organization that promotes the sustainability of print, paper and paper-based packaging, and dispels common environmental misconceptions about paper products. We are part of the Two Sides global network which operates across North America, South  America, Europe, Australia and South Africa.

The survey queried a representative sample of 1,000 adults aged 18 and older across the United States.