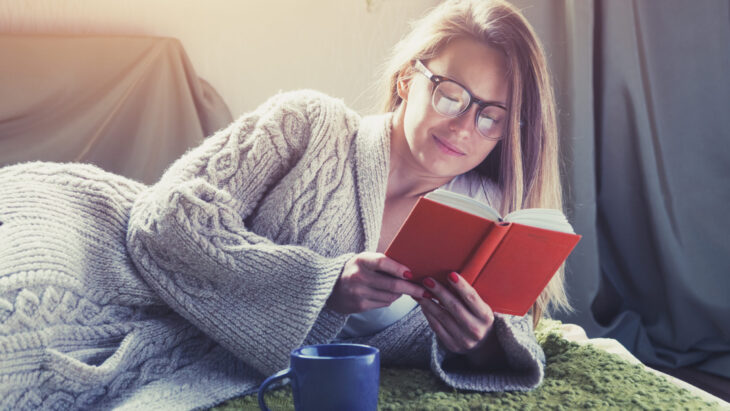 Read any good books lately?  If so, you’re not alone. In fact, 75% of U.S. adults say they’ve read a book in the past 12 months, a percentage that’s largely unchanged over the past decade. And flipping through the pages of a printed book is still the preferred way to read, according to a recent survey by the Pew Research Center.

Even though there has been a slight uptick in the number of Americans reading e-books, from 25% to 30%, print books remain the most popular format, with 65% of adults saying that they have read a print book in the past year.

Americans read an average (mean) of roughly 14 books during the previous 12 months and the typical (median) American read five books in that period, according to the survey. These figures are identical to 2011, when the Pew Center first began conducting surveys of Americans’ book reading habits. 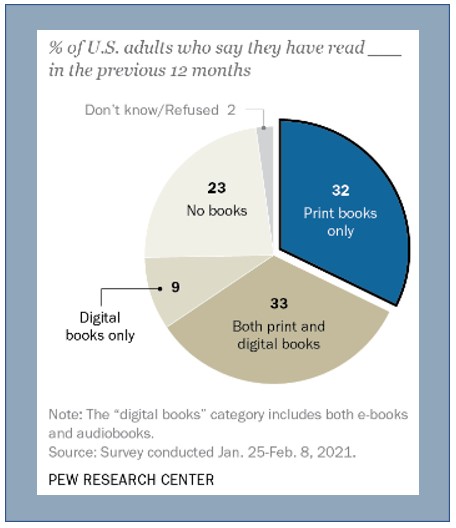