Take Me Out to The Ball Game. And Don’t Forget to Bring Paper

Take Me Out to The Ball Game. And Don’t Forget to Bring Paper

Pitching coach Mike Maddux is known to make his next game starting pitcher track every pitch, swing, hit or miss on an intricate score card. 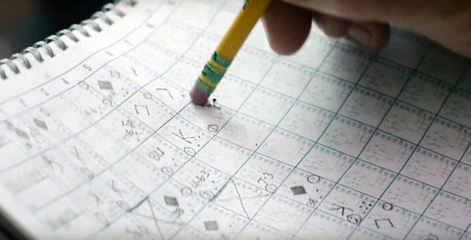 by Mary Anne Hansan, Executive Director, Paper and Packaging Board

Baseball is back in full swing and my home team Nationals are enjoying their best ever season start. There are plenty of reasons why they’re doing so well (I don’t want to jinx it) but one theory has to do with paper.

Specifically, pitching coach Mike Maddux is known to make his next game starting pitcher track every pitch, swing, hit or miss on an intricate score card.  For an example of a scorecard in use, check out our latest TV spot, Getting to #30.

Why make your pitchers use a pen and paper? Because it forces the player to study the opposing team before he has to face them. And writing it down with pen and paper has a way of focusing the mind.

“It’s a learning tool, man,” Maddux told the Washington Post. “You can see tendencies on hitters just by writing it down. Because if you write stuff down, you retain it better. It’s more of a learning tool than anything. I think the guys, once they see it, they go, ‘Oh man, yeah, look at this.’ All of sudden you get guys paying more attention to what’s going on pitch by pitch.”

There’s plenty of research showing that Maddux is on to something. The act of expressing your thoughts by hand with symbols on a physical surface does indeed help you retain the information you express.

A study published 2014 for the Association for Psychological Science found that college students who took notes on a lecture in longhand scored better on a test of the material than did those who typed their notes on a computer.

And University of Wisconsin psychologist who tested school-age children in 2010 found they tend to generate more ideas when composing essays by hand, rather than on the computer.

It’s early in the season and there’s no telling where the Nats go from here. But I can tell you the research says they’re playing with a distinct advantage thanks to paper.