"In Colombia the paper industry generates more than 80,000 jobs and is responsible for 5.7% of the national GDP. A significant contribution to the country," said Isabel Cristina Riveros, Director of the Chamber of Pulp, Paper and Cardboard of the National Association of Entrepreneurs of Colombia-ANDI, and Country Manager for the new Two Sides campaign. 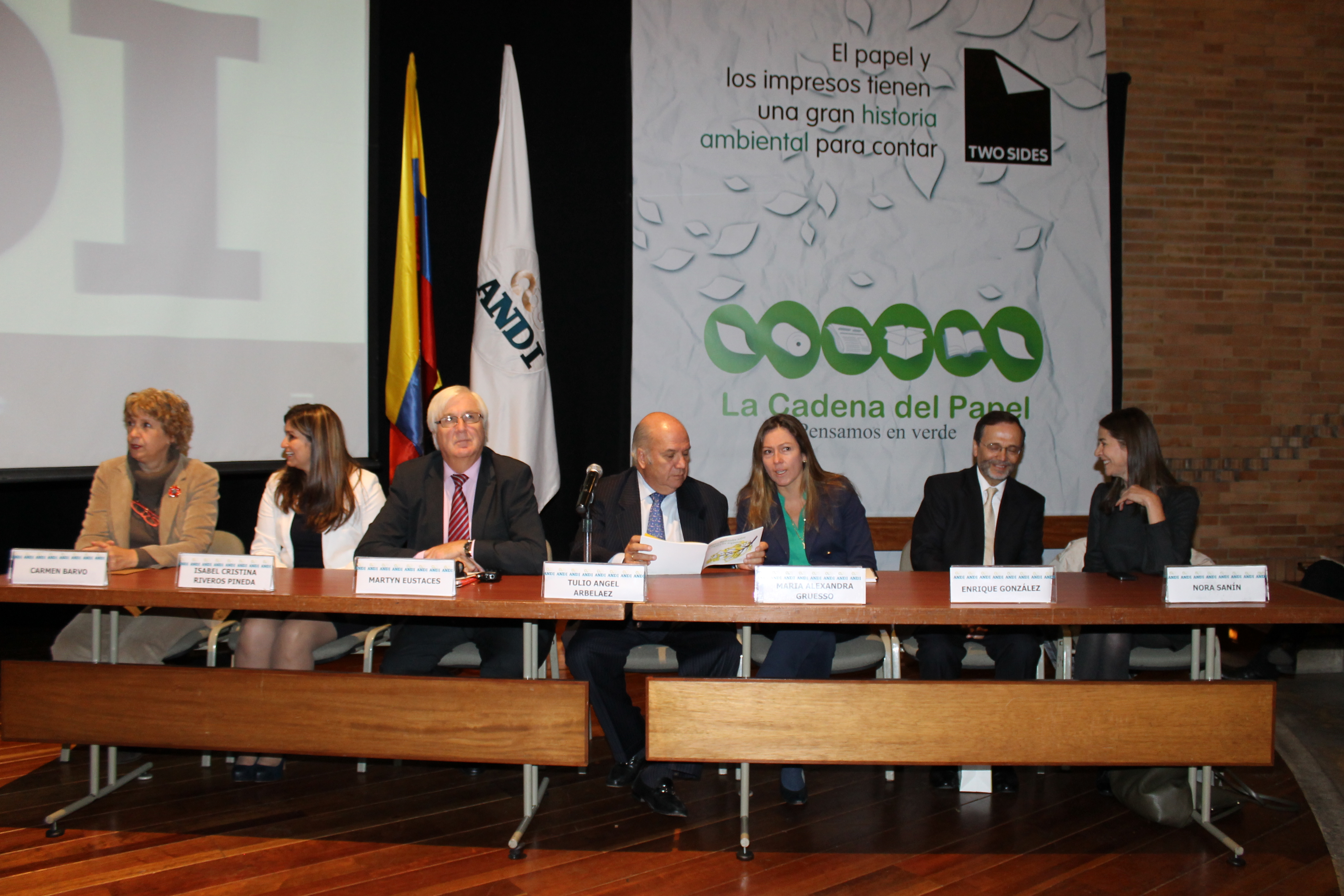 According to Riveros, in Colombia "programs for the responsible use of natural resources such as water, energy and waste in the country, have resulted in 49% of the paper produced being recovered. The total investment of the Paper Supply Chain, which has been actively promoting the culture of recycling, was 13 billion pesos ($6million) in 2013. In joining Two Sides”, continues Riveros, “we recognise the value of being part of a global organization which is dedicated to demonstrating the sustainability of the print and paper sector”.

Martyn Eustace, founder of Two Sides, expressed his thanks to the Colombian team and for their great efforts in bringing together so many important players within the print and paper value chain. He added, “South America is globally important in the sustainable use of forest products and we welcome the membership of Colombia which follows Brazil which joined in 2013. We look forward to welcoming other countries from this region”.

For a full copy of the Press Release, please download here: