What is Handwriting Good For?

What is Handwriting Good For?

How can a pen or pencil compete with the simple tap-tap of a keyboard? 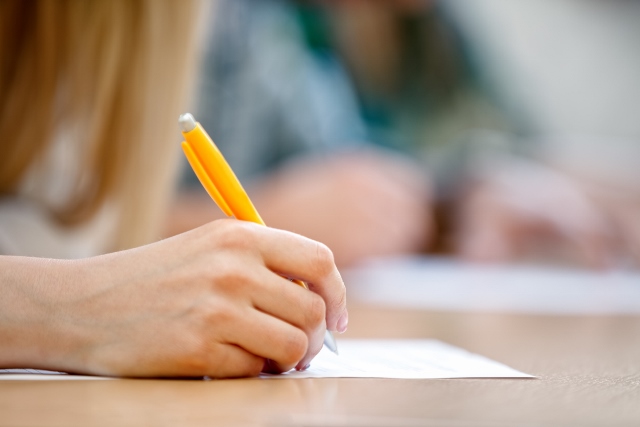 What is handwriting good for, in the Cyber Age? How can a pen or pencil — basically, a pointed stick, wielded in prescribed sequences of motions — compete with the simple tap-tap-tap of a keyboard? How could twenty-first-century cutting-edge creative multitasking and knowledge workers even bother with anything so archaic?

The answer is just in — you may want to grab a pen or pencil.

In comparative speed tests involving such everyday workplace tasks— where workers must read and think and write (and, often, walk and talk) all at the same time — the speed of accurate work when workers used onscreen handwriting averaged 33 accurate words per minute (WPM), with individual performance ranging from a low of 24 WPM to a high of 35 WPM. When workers used a tablet’s onscreen keyboard instead, speed for completion of accurate work plummeted to 14 WPM, with a range from 10 to 24 WPM.

Even the fastest onscreen “swiper” worked more slowly than a handwriter of average speed. So the researchers tried again — with hardware keyboards rather than the onscreen kind. Could that make a difference?

It did make some difference. With hardware keyboards, the average speed of accurate work was 24 WPM, with a range from 20 WPM to 27 WPM.

Even more dramatic results appeared when the researchers had their subjects put down their tablets, put down their keyboards, and work on paper with pen or pencil. Handwritten work done on paper reached an average speed of 44 WPM for accurate work, with a range from 27 WPM to 55 WPM.

Those who worked with paper and pen or pencil in hand completed work faster than those working in any other way.

The slowest handwriter, using paper and pen or pencil to take down data or ideas on the fly, worked as rapidly as the fastest keyboard user.

With handwriting on paper, average speed of data input tasks and creative work was significantly faster than with the next fastest input method (handwriting onscreen).

The fastest keyboarder spent over twice as much time finishing work as the fastest handwriter.

So, what is handwriting in the Cyber Age good for? It’s good for making us wonder if “Cyber” needs redefining as “Can You Be Easily Read?”

Kate Gladstone is Director of the World Handwriting Contest and CEO of Handwriting Repair/ Handwriting that Works, a handwriting instruction and remediation firm.