A recent report by GreenBiz, an enterprise that has, since 1991, promoted “aligning environmental responsibility with profitable business practices” provides some interesting answers. GreenBiz asked members of its executive network, sustainability executives from large corporations, to rate and rank 30 leading environmental NGOs. As a result, four categories of NGOs were created:

The report is based on responses from 233 members of the GreenBiz Intelligence Panel who were mostly U.S.-based (85%) and from companies with revenues over $1 billion (76%).

The only three NGOs in the Trusted Partners category were The Nature Conservancy (TNC), World Wildlife Fund (WWF) and the Environmental Defense Fund (EDF) as shown in the figure below. According to the GreenBiz report, all of these NGOs “are engaged in very public, solutions-oriented partnerships with major corporations. They seek to leverage the scale of their corporate partners to make a significant impact on issues important to their organization.” They tend to be science-first organizations that try to collaborate with government and business to solve environmental issues.

At the other end of the spectrum, with much less influence and credibility are The Uninvited NGOs. This group of 10 NGOs, ranked roughly from most credible to least credible, are:

The report notes that some of these organizations may have good intentions but are simply not very well known. Others choose “to focus primarily on name-and-shame actions rather than on developing working partnerships with companies,” for example activism and public protests rather than science-based solutions.

At the end of the report GreenBiz summarizes comments from those surveyed about how NGOs could improve. Advice includes the following:

The GreenBiz NGO Report can be found at: https://www.greenbiz.com/research/report/2014/02/18/greenbiz-ngo-report 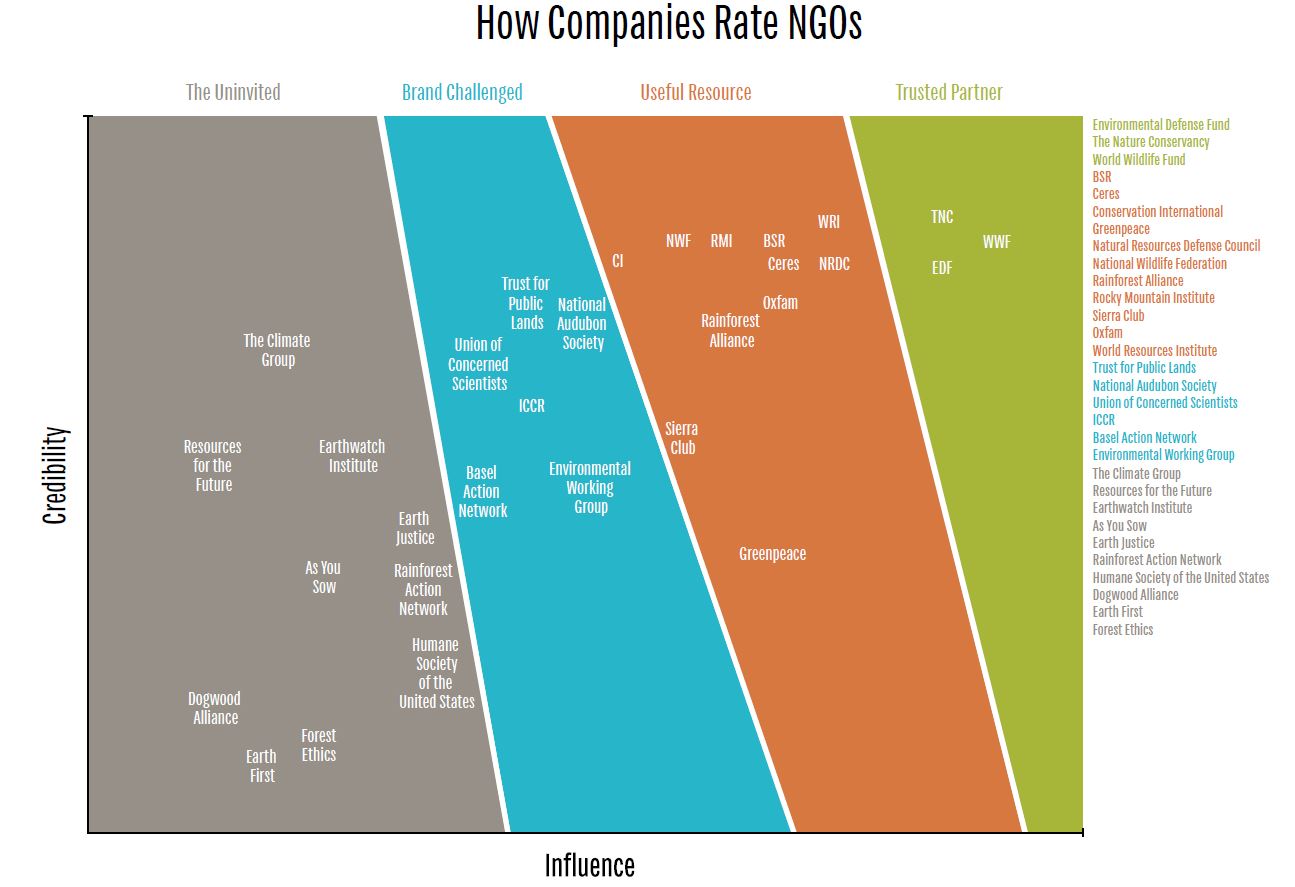