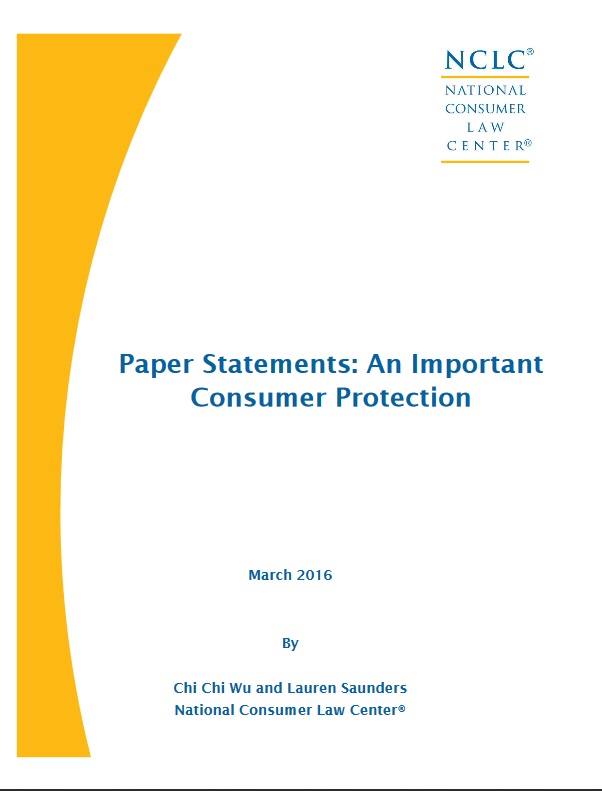 By Sally Greenberg and Linda Sherry

A new federal initiative being considered by the Securities and Exchange Commission (SEC) is forcing American investors into a digital-only (paperless) situations without consent. The SEC’s “Investment Company Reporting Modernization Rule” would allow mutual funds to discontinue the mailing of shareholder reports and other important investment information to investors. Instead, shareholder reports would be posted on a fund’s website.

The article in The Hill reminds us that a significant portion of the population lacks regular Internet access, for example:

According to SEC’s own study, 71 percent of American investors said they prefer to read annual reports in paper format rather than online versions, and a large number of respondents also asserted that printed materials yield higher content comprehension.  Many investors are also reluctant to switch from paper to e-delivery for security reasons.